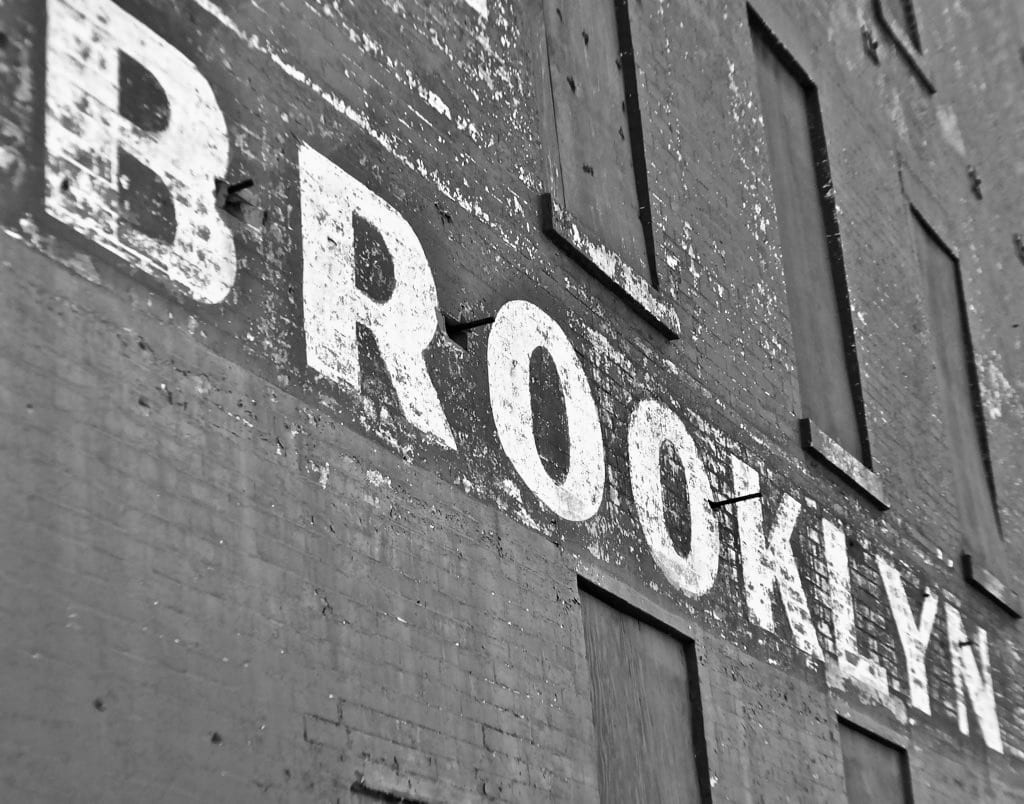 Group Therapy is employed to assist each individual in emotional growth and personal problem solving.

Group therapy encompasses many kinds of groups with varying theoretical orientations that exist for diverse purposes. Group therapy exists to help individuals grow emotionally and solve personal problems by utilizing the power of the group, as well as the therapist who leads it.

Unlike the simple two-person relationship between patient and therapist in individual therapy, group therapy offers multiple relationships to assist the individual in growth and problem solving. The noted psychiatrist Dr. Irvin D. Yalom in his book The Theory and Practice of Group Therapy identified 11 “curative factors” that are the “primary agents of change” in group therapy.

All patients come into therapy hoping to decrease their suffering and improve their lives. Because each member in a therapy group is inevitably at a different point on the coping continuum and grows at a different rate, watching others cope with and overcome similar problems successfully instills hope and inspiration. New members or those in despair may be particularly encouraged by others’ positive outcomes.

A common feeling among group therapy members, especially when a group is just starting, is that of being isolated, unique, and apart from others. Many who enter group therapy have great difficulty sustaining interpersonal relationships and feel unlikable and unlovable. Group therapy provides a powerful antidote to these feelings. For many, it may be the first time they feel understood and similar to others. Enormous relief often accompanies the recognition that they are not alone; this is a special benefit of group therapy.

An essential component of many therapy groups is increasing members’ knowledge and understanding of a common problem. Explicit instruction about the nature of their shared illness, such as bipolar disorder, depression, panic disorders, or bulimia, is often a key part of the therapy. Most patients leave the group far more knowledgeable about their specific condition than when they entered. This makes them increasingly able to help others with the same or similar problems.

Group therapy offers its members a unique opportunity: the chance to help others. Often patients with psychiatric problems believe they have very little to offer others because they have needed so much help themselves; this can make them feel inadequate. The process of helping others is a powerful therapeutic tool that greatly enhances members’ self-esteem and feeling of self-worth.

Corrective Recapitulation of the Primary Family

Many people who enter group therapy had troubled family lives during their formative years. The group becomes a substitute family that resembles, and improves upon, the family of origin in significant ways. Like a family, a therapy group consists of a leader (or co-leaders), an authority figure that evokes feelings similar to those felt toward parents. Other group members substitute for siblings, vying for attention and affection from the leader/parent, and forming subgroups and coalitions with other members. This recasting of the family of origin gives members a chance to correct dysfunctional interpersonal relationships in a way that can have a powerful therapeutic impact.

According to Yalom, social learning, or the development of basic social skills, is a therapeutic factor that occurs in all therapy groups. Some groups place considerable emphasis on improving social skills, for example, with adolescents preparing to leave a psychiatric hospital, or among bereaved or divorced members seeking to date again.

Group members offer feedback to one another about the appropriateness of the others’ behavior. While this may be painful, the directness and honesty with which it is offered can provide much-needed behavioral correction and thus improve relationships both within and outside the group.

Research shows that therapists exert a powerful influence on the communication patterns of group members by modeling certain behaviors. For example, therapists model active listening, giving nonjudgmental feedback, and offering support. Over time, members pick up these behaviors and incorporate them. This earns them increasingly positive feedback from others, enhancing their self-esteem and emotional growth.

Human beings are social animals, born ready to connect. Our lives are characterized by intense and persistent relationships, and much of our self-esteem is developed via feedback and reflection from important others. Yet we all develop distortions in the way we see others, and these distortions can damage even our most important relationships. Therapy groups provide an opportunity for members to improve their ability to relate to others and live far more satisfying lives because of it.

Belonging, acceptance, and approval are among the most important and universal of human needs. Fitting in with our peers as children and adolescents, pledging a sorority or fraternity as young adults, and joining a church or other social group as adults all fulfill these basic human needs. Many people with emotional problems, however, have not experienced success as group members. For them, group therapy may make them feel truly accepted and valued for the first time. This can be a powerful healing factor as individuals replace their feelings of isolation and separateness with a sense of belonging.

Catharsis is a powerful emotional experience—the release of conscious or unconscious feelings—followed by a feeling of great relief. Catharsis is a factor in most therapies, including group therapy. It is a type of emotional learning, as opposed to intellectual understanding, that can lead to immediate and long-lasting change. While catharsis cannot be forced, a group environment provides ample opportunity for members to have these powerful experiences.

Existential factors are certain realities of life including death, isolation, freedom, and meaninglessness. Becoming aware of these realities can lead to anxiety. The trust and openness that develops among members of a therapy group, however, permits exploration of these fundamental issues, and can help members develop an acceptance of difficult realities.

Who Belongs in a Therapy Group?

Individuals with a common problem or concern are often placed in therapy groups where they can share their mutual struggles and feelings. Groups for bulimic individuals, victims of sexual abuse, adult children of alcoholics, and recovering drug addicts are some types of common therapy groups.

Individuals that are suicidal, homicidal, psychotic, or in the midst of a major life crisis are not typically placed in group therapy until their behavior and emotional states have stabilized. People with organic brain injury and other cognitive impairments may also be poor candidates for group therapy, as are patients with sociopathic traits who show little ability to empathize with others.

How Are Therapy Groups Constructed?

Therapy groups may be homogeneous or heterogeneous. Homogeneous groups, described above, have members with similar diagnostic backgrounds (for example, they may all suffer from depression). Heterogeneous groups contain a mix of individuals with different emotional problems. The number of group members typically ranges from five to 12.

How Do Therapy Groups Work?

The number of sessions in group therapy depends upon the group’s makeup, goals, and setting. Some are time limited, with a predetermined number of sessions known to all members at the beginning. Others are indeterminate, and the group and/or therapist determines when the group is ready to disband. Membership may be closed or open to new members. The therapeutic approach used depends on both the focus of the group and the therapist’s orientation.

In group therapy sessions, members are encouraged to discuss the issues that brought them into therapy openly and honestly. The therapist works to create an atmosphere of trust and acceptance that encourages members to support one another. Ground rules may be set at the beginning, such as maintaining confidentiality of group discussions and restricting social contact among members outside the group.

The therapist facilitates the group process, that is, the effective functioning of the group, and guides individuals in self-discovery. Depending upon the group’s goals and the therapist’s orientation, sessions may be either highly structured or fluid and relatively undirected. Typically, the leader steers a middle course, providing direction when the group gets off track, yet letting members set their own agenda.

The therapist may guide the group by reinforcing the positive behaviors they engage in. For example, if one member shows empathy and supportive listening to another, the therapist might compliment that member and explain the value of that behavior to the group. In almost all group therapy situations, the therapist will emphasize the commonalities among members to instill a sense of group identity.

Self-help or support groups like Alcoholics Anonymous and Weight Watchers fall outside of the psychotherapy realm. These groups offer many of the same benefits, including social support, the opportunity to identify with others, and the sense of belonging that makes group therapy effective for many. Self-help groups also meet to share their common concern and help one another cope.

These groups, however, are typically leaderless or run by a member who takes on the leader role for one or more meetings. Sometimes self-help groups can be an adjunct to psychotherapy groups.

How are Patients Referred for Group Therapy? Individuals are typically referred for group therapy by a psychologist or psychiatrist. Some may participate in both individual and group therapy. Before a person begins in a therapy group, the leader interviews the individual to ensure a good fit between their needs and the groups. The individual may be given some preliminary information before sessions begin, such as guidelines and ground rules, and information about the problem on which the group is focused.

How Do Therapy Groups End? Therapy groups end in a variety of ways. Some, such as those in drug rehabilitation programs and psychiatric hospitals, may be ongoing, with patients coming and going as they leave the facility. Others may have an end date set from the outset. Still, others may continue until the group and/or the therapist believe the group goals have been met.

The termination of a long-term therapy group may cause feelings of grief, loss, abandonment, anger, or rejection in some members. The therapist attempts to deal with these feelings and foster a sense of closure by encouraging exploration of feelings and use of newly acquired coping techniques for handling them. Working through this termination phase is an important part of the treatment process.

Who Drops Out of Group Therapy? Individuals who are emotionally fragile or unable to tolerate aggressive or hostile comments from other members are at risk of dropping out, as are those who have trouble communicating in a group setting. If the therapist does not support them and help reduce their sense of isolation and aloneness, they may drop out and feel like failures. The group can be injured by the premature departure of any of its members, and it is up to the therapist to minimize the likelihood of this occurrence by careful selection and management of the group process.

Results Studies have shown that both group and individual psychotherapy benefit about 85% of the patients who participate in them. Ideally, patients leave with a better understanding and acceptance of themselves, and stronger interpersonal and coping skills. Some individuals continue in therapy after the group disbands, either individually or in another group setting.